Welcome to Something Great Release Party 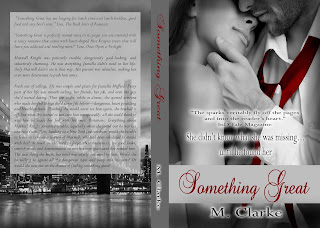 Excerpt
“I think this is my stop,” he muttered, looking straight at me. “I’m not wanted in there. What do you think?” He arched his brows, and his tone held a note of challenge.
Huh? He wants to go in with me? I gasped silently, as I was still lost in his eyes. “I think the women in there will throw themselves at you.” I couldn’t believe I’d said those words. I couldn’t take it back. What was I doing, flirting with him?
He seemed to like what he heard. His arms reached out, his muscles flexing as he placed one on each side of me on the wall. With nowhere to go, I was trapped inside the bubble of his arms. He leaned down toward the left side of my face and brushed my hair with his cheek. “You smell…delicious,” he whispered.  His hot breath shot tingles to places I hadn’t expected them.
Out of nervousness and habit, my left index finger flew inside my mouth. Max gave a crooked, naughty grin and slowly took my hand out of my mouth. “Did you know that biting one’s finger is an indication one is sexually deprived?” His words came out slowly, playfully, but hot. “I can fix that for you, if you’d like.”
He did not just say that to me! I parted my lips for a good comeback, but I couldn’t find one. Feeling my chest rise and fall quickly, I tried to control the heated desire. Sure, he’d helped me once, but that didn’t mean we were friends, or flirting buddies, or that I would allow him to fix my sexual deprivation. Oh God…can guys tell if you haven’t done it in a very long time? This had to stop or else…oh dear…I wanted to take him with me into the restroom.
Needing to put a stop to the heat, I placed my hand on his chest… big mistake. Touching him made the heat worse, and tingles that were already intensifying burst through every inch of me. I had to push him away.
As if he knew what I meant to do, he pulled back, but his eyes did the talking instead. There was no need for words; I felt his hard stare on my body, as if he was undressing me with his gorgeous eyes. His gaze was powerful, as if his eyes were hands; I felt them all over me, completely unraveling me.
Just when I thought I was going to faint, his eyes shifted to mine again. “It was really nice to meet you, Jenna. I’m sure we’ll see each other again, real soon. I better let you go.  Your someone must be waiting for you. By the way….” There was a pause as he charmed me with his eyes again. “You…took my breath away. If I were your someone, I wouldn’t let you out of my sight for even a second, because someone like me will surely try to whisk you away.” He winked and left.

Synopsis
She didn’t know what she was missing…until he found her.

Maxwell Knight was positively trouble, dangerously good-looking, and seductively charming. He was everything Jeanella didn’t need in her life. Only Maxwell didn’t see it that way. His pursuit was relentless, making her even more determined to push him away.

Fresh out of college, life was simple and plain for Jeanella Mefferd. Every part of her life was smooth sailing; her friends, her job, and even the guy she’d started dating. Then one night, while at dinner, she spotted someone who made her feel things she’d never felt before—dangerous, heart pounding and breathless heat. Thinking she would never see him again, she brushed it off, but when she started to run into him unexpectedly, all she could think of was how he made her feel with his sweet flirtations. Everything about Maxwell Knight screamed trouble, especially when she found out he was her new boss’s son. Now, heading to a New York fashion show, would she be able to focus on her career instead of Maxwell, who had been scheduled to attend with her? As much as she tried to forget their encounters, his good looks, smooth words and determination to win her over gravitated her toward him. The next thing she knew, her mind was utterly consumed by him. Would she be willing to ignore all the dangerous signs and jump into his arms? Or would she miss out on the chance of finding something great?

Here are the links to various pages you can check out: Sold World Wide
Facebook: https://www.facebook.com/AuthorMClarke
Tweeter: https://twitter.com/MaryTing  @MaryTing

Bio:  M. Clarke aka Mary Ting resides in Southern California with her husband and two children. She enjoys oil painting and making jewelry. Writing her first novel, Crossroads Saga, happened by chance. It was a way to grieve the death of her beloved grandmother, and inspired by a dream she once had as a young girl. When she started reading new adult novels, she fell in love with the genre. It was the reason she had to write one-Something Great. Why the pen name, M Clarke? She tours with Magic Johnson Foundation to promote literacy and her children’s chapter book-No Bullies Allowed. 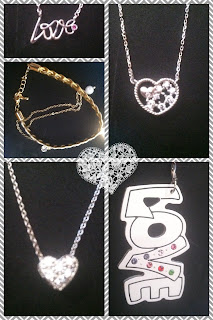 a Rafflecopter giveaway
Posted by Mary Ting at 8:39 PM 6 comments: 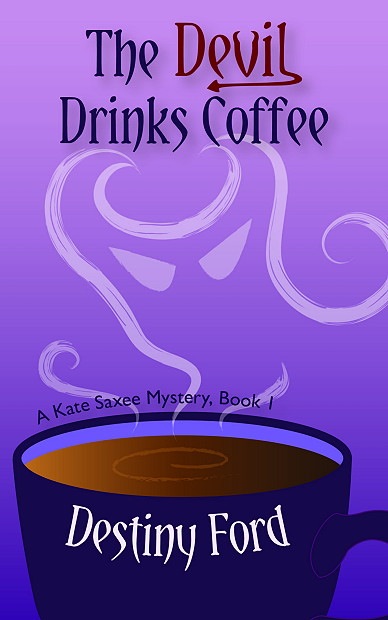 A cow suicide, a revolving door rescue, and the birth of a bright purple pig are starting to make Kate Saxee wonder if taking a job in her small hometown of Branson Falls, Utah, was such a great idea. As The Branson Tribune editor, Kate covers local news, which, more often than not, involves her accident-prone mom. Nothing truly newsworthy has ever happened in the quiet town until local teen Chelsea Bradford turns up dead in a Branson Falls lake. The police rule Chelsea’s death an accident, but Kate suspects there’s more to the story—and she’s not the only one. Two of Branson’s most eligible bachelors are determined to help her solve the crime—among other things. But the small town social network is faster than Twitter, and gossip about Kate’s love-life is quickly branding her the Branson Falls hussy. As Kate learns more about Chelsea, she discovers that plenty of people are trying to cover up the real story behind the girl’s death—including Chelsea’s parents. Now Kate has to juggle work, men, her mom’s most recent disaster involving a low-speed John Deere Combine chase on the freeway, and fend off the Mormons heaven-bent on saving her soul—all while solving Chelsea’s murder. Dealing with this is going to require a lot of coffee, chocolate frosted donuts, Neil Diamond's greatest hits, and a slew of words not on the town approved imitation swear list.


You can purchase The Devil Drinks Coffee at the following Retailers:
You can read an EXCERPT HERE!

As a child, Angela Corbett’s most prized possession was a set of read-along books. She used to follow along with the narrator on the stereo and dream of when she would be able to read by herself. Her childhood reading habit led her to consider her future career. However, after consulting with her parents, she realized she had already exceeded hobbit height and since fairies and dragonslayers were tricky jobs to get, she decided she wanted to create worlds of her own. She started writing poetry in elementary school and worked as a journalist in high school and college, but could never leave her love for writing fiction behind.
She is a graduate of Westminster College where she double majored in communication and sociology. She has worked as a journalist, freelance writer, and director of communications and marketing. She loves classic cars, traveling, and escaping in a good book. She lives in Utah with her incredibly supportive husband and their five-pound Pomeranian, Pippin, whose following of fangirls could rival Justin Bieber’s.
Eternal Starling is her debut novel and the first book in the Emblem of Eternity trilogy.
GIVEAWAY is International

Rafflecopter Link (Needs to be added on your post)

The Devil Drinks Coffee by Destiny Ford is on SALE for 0.99 on Amazon from July 1-3. Please don't forget to add on your post.
a Rafflecopter giveaway
Posted by Mary Ting at 12:00 AM 4 comments:

Mary Ting
Mary Ting resides in Southern California with her husband and two children. She enjoys oil painting and making jewelry. Writing her first novel, Crossroads Saga, happened by chance. It was a way to grieve the death of her beloved grandmother, and inspired by a dream she once had as a young girl. When she started reading new adult novels, she fell in love with the genre. It was the reason she had to write one-Something Great. Why the pen name, M Clarke? She tours with Magic Johnson Foundation to promote literacy and her children’s chapter book-No Bullies Allowed.